Get the Bunny proofing book!
All the advice you need in a handy guide
Buy it on Amazon
Bunny enclosure gallery

When a big enough piece of furniture to refurbish into a bunny enclosure could not be found rather then compromise on space these two lucky bunnies got their own purpose build cabinet. Take a look inside. 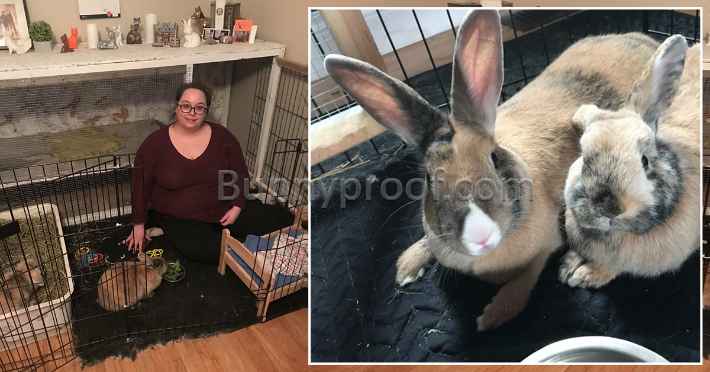 The bunnies are Pumpkin aka Pumps and hazel aka hazey dazey, Pumpkin is the baby of the family he's 1.5 years and will be 2 somewhere in April or May. Hazel is somewhere between 2 and 3 the rescue we got her from believes. Pumpkin is a Holland Lop who's ears don't always Lop and we believe hazel to be a mix between a Dutch (based on her nose) and a harlequin (based on her colours)

Pumpkin is a timid little boy, he's sweet and curious but always cautious. He's a bit of a garbage can and will eat anything you let him get his paws on and I suspect he thinks he's a cat like his older brother. Hazel is silly, she's excitable and absolutely wears the pants in their relationship. She loves to binky and whip her head around like you would see a horse do. She's a thick lady so when she binkys you hear it. She loves to dig and rearrange the blankets in the house. Hazel came with a skill she has since taught to pumpkin, it's the ability to hear a banana opening from a mile away. 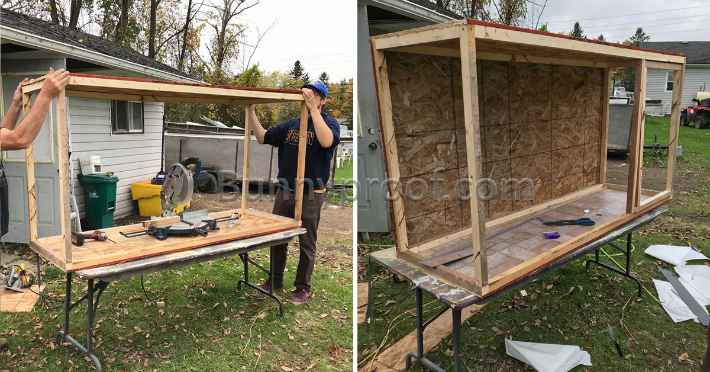 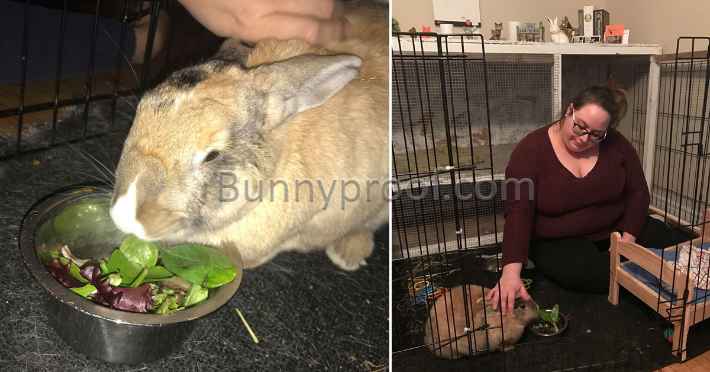 We used untreated wood, originally we just wanted to repurpose a cabinet but we couldn't find one that was big enough so we built it but you could easily use a good size cabinet. Laminate flooring inside and carpet on the ramp to help them get up and down. The wire we used to cover it was just a standard wire from the home improvement store but it's stronger then chicken wire (apparently bunnies can chew through chicken wire) Once hazel came and had bonded with pumpkin we attached her XPen to the sides with zip ties and added a carpet underneath to double the space.

Special features of the enclosure

We went with laminate for easy clean up and chose to not put the second level in the middle so that they could have a darker more secluded area on the bottom floor and a larger binkyable night on the second floor.

The original wooden pen has a small cabinet latch that needs to be turned to open so pumpkin wasn't able to get out, we no longer close that door and just use the XPen door when they need to be locked in.

When the enclosure is used

Its used mostly at nights for bed time and when we are at work. If we are just leaving for a few hours we don't lock them in it. 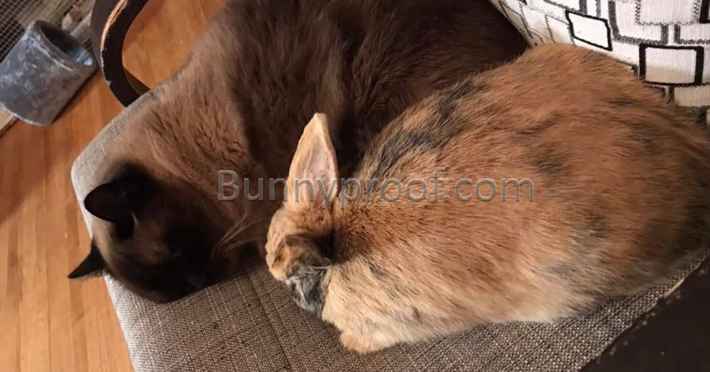 The bunnies have 2 cat siblings who they get along very well with. Before hazel came around you could say pumpkin was bonded to his brother a Siamese named Rolo. Rolo often hangs out in the enclosure with them eating their hay or just relaxing. Zoe our 13 year old domestic shorthair has less to do with the buns but will occasionally take a nap on their ikea bed.

Toys and other enrichment

We always keep some sort of chew toy in it with them so they can work down their teeth, they have some wire balls the make noise they sometimes push around and an Ikea doll bed to curl up on. They aren't ones to play with things much aside from the food bowls, hazels favourite is to throw them around.

Favourite place in the enclosure

They prefer to sleep on the top layer on a cushion that hazel came with, she shares wonderfully with pumpkin. But they know and we know that if they go to the bottom level it means leave me alone!

The wooden enclosure has a door at the end that we can get into, but not easily. I would suggest having the door in the centre of the enclosure instead of off to one end like ours, We clean it by using a cheap stick vacuum and occasionally we just throw the roomba in it. The carpet that's under the X pen can be easily cleaned with a vacuum and if need be we can just cut the zip ties and take the XPen off for easier cleaning.

Advert
Get the Bunny proofing book!

How to bunny proof your home

Buy it on Amazon

Our guides on this subject